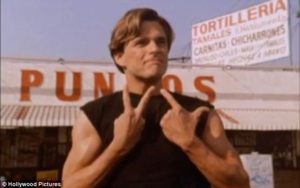 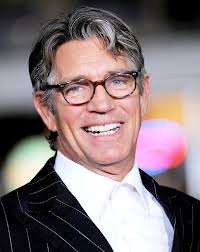 The biopic about the modern cosmic artist is entitled “The Last Wizard” (A nickname given to Jack by his close friend the world renowned artist Andy Warhol). Chapa said Details Magazine’s brilliant writer Stephan Saban introduced him to Warhol in New York during the 80’s. “It was there I also met a young up-and-coming model, Jack Armstrong.”

Chapa also stated, “When I heard of the recent tragic but compelling story of Jack Armstrong’s controversial life, and my memories of Warhol/Armstrong in the 80’s, I began to get impassioned by the project.” Controversial filmmaker Damian Chapa also produced ‘El Padrino’ in which Chapa directed Academy Award winners Faye Dunaway, Jennifer Tilly, and Gary Busey, along with Academy Award nominee Brad Dourif. Chapa is no stranger to biopics; Chapa is the only filmmaker in the world who has produced and directed films on the life of Marlon Brando and Roman Polanski.

Chapa won the best director and best drama awards for “Brando Unauthorized” at the New York International Film/Video Fest 2010. He also won the Best Production Award for his “Polanski Unauthorized” at Indy Fest. Recently, he was nominated for two NAFCA awards for his film “The DSK Story”.

In an interview, Chapa said, “Alleged felon/artist Jack Armstrong is right up my biopic alley.”

Star Global International, who was the creative force behind the “Million Dollar Harley” (painted by Armstrong), has been hired as a consultant for the movie.

Many people don’t know that Jack Armstrong was the nephew of the famous astronaut Neil Armstrong, the first man to walk on the moon.

Chapa said, “The film will be surreal at moments surrounding the strange story of how Jack Armstrong as a child spoke to the “Black Star of Queensland,” a black, sapphire jewel that was in the Smithsonian Museum for years. The Black Star spoke back to Jack Armstrong telling him he was going to be the most famous cosmic artist ever.” Chapa said he, “won’t shy away from the rape allegations that led to the arrest of the artist Jack Armstrong.” The production begins on November 22nd, 2016, in New York City.